Book 1 of the Shadow Guardian Trilogy 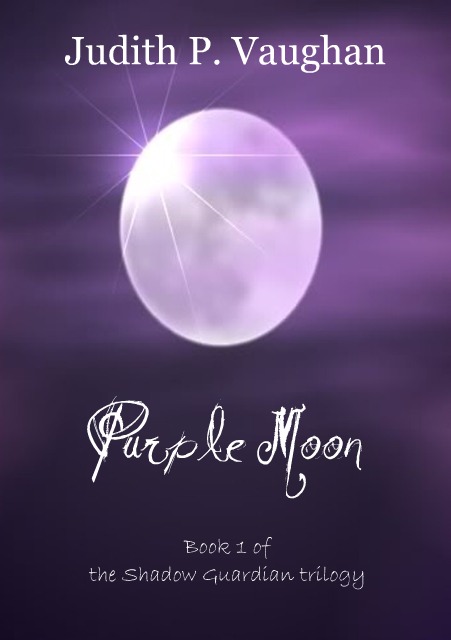 Purple Moon - Is the introduction to Jade Patterson, an orphan teenager.   She is fated to a Cinderella-esque lifestyle, but that is until her eighteenth birthday, when she learns that she does not need a prince charming after all.  She has inherited a huge amount of money from her parents, but that’s not all, she is the predecessor of the Shadow Guardian, a demon hunter.  Blindsided by the legacy her mother left her, and confused about her feelings she is having for one of the demons that she is supposed to eliminate, she makes a blood-binding pact with him and later learns the secret her mother took to the grave. With her new identity she has acquired unique magical powers that are growing as she progresses, proving to be beneficial when she has to fight off the demons seeking to destroy her.

As if her life could not get more problematic with her new unwanted legacy, she finds herself stuck in the middle of a love triangle with her guardian angel and demon boyfriend.  She has a crucial choice to make, a decision that will change her life in more ways than one.

AVAILABLE NOW AT AMAZON AND BARNES AND NOBLE.