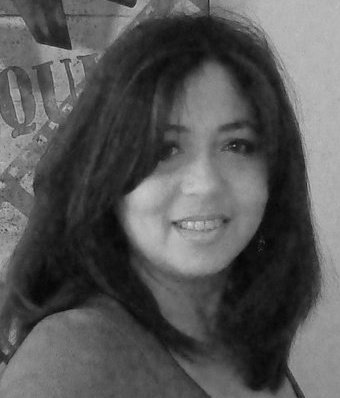 I was born in Panama, my family relocated to the U.S. in the late 70’s.  I lived in New York as a teenager, a few years later my family decided to move again and we ended up in Texas, where I call Houston my home.

Having a vivid imagination since I was a little girl has helped me in telling and writing stories.    I remember making up bedtime stories for my younger sister when we were little, she would not fall asleep until I finished telling the story, I guess she was and still is my number one fan.

Then in High School, I began writing short stories, but I put my aspirations aside and I chose to make a living working as a legal assistant and have been doing so for over twenty years, but during this time I felt that something was missing I needed to follow my dreams.  In 2008, I rediscovered my love for writing, and took pen and paper and started to come up with creative ideas for a book.  Since then, I have written a few novels but have not published any, until good luck struck, and a publishing company showed interest in one of my books, and gave me the opportunity to accomplish my dream.  In October 2011, Copperhill Media published my debut novel, The Girl Without A Past.

On a more personal note, I am a single mother of three boys, Jonathan, Justin and Jason (I got very creative with the J's) and proud grandmother of a beautiful little girl.  I live in Houston with my two younger sons, our two rescued dogs and our latest addition a crazy cat named Honey Badger.